What Does It Mean to Be Passive-Aggressive?

Instead of getting visibly angry, some people express their hostility in passive-aggressive ways designed to hurt and confuse their target. Most people will have to deal with passive-aggression from others in their personal and professional lives at one time or another: a roommate who leaves a sweet-yet-scolding note about the one cup that was left unwashed, for example, or the report a colleague keeps “forgetting” to finish.

Passive-aggressive behavior can be intensely frustrating for the target because it’s hard to identify, difficult to prove, and may even be unintentional. Passive-aggression can lead to more conflict and intimacy issues, because many people struggle to have a direct and honest conversation about the problem at hand.

Nagging or getting angry only puts the passive-aggressive person on the defensive—often resulting in them making excuses or denying any responsibility. Recent research shows that there are healthier ways to confront passive-aggression and handle relationship conflict.

How Do Passive-Aggressive People Act? 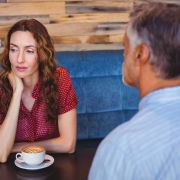 While passive-aggressive behavior can be hard to pin down, experts agree on the most common signs, which include refusing to discuss concerns openly and directly, avoiding responsibility, and being deliberately inefficient.

The passively aggressive person often leaves a job undone or “almost” complete. They frequently run late and are masters at subtly sabotaging others when they disagree with a course of action. They often resort to the silent treatment or the backhanded compliment to get their point across.

How to Deal with Passive-Aggressive People 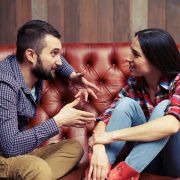 Passive-aggression often stems from underlying anger, sadness, or insecurity, of which the person may or may not be consciously aware. Passive-aggressive behavior may be an expression of those emotions or an attempt to gain control in a relationship.

Bearing that in mind can inform how you respond: Although it can be tempting to react by being passive-aggressive yourself, expressing anger or frustration will likely spur the person to continue behaving the same way.

It’s key, therefore, to manage your emotions. Take a few deep breaths or temporarily remove yourself from the situation before responding. Try to address the person’s concerns directly. If your boss makes a snide comment when you head out of the office for the evening, directly ask if you need to stay late or which project needs to be completed.

Demonstrating that you value the passive-aggressive person’s perspective may help if you are thereby addressing an underlying sense of insecurity. But you should not apologize for unfounded offenses or otherwise placate them.

if at all possible, the best solution is often to limit the time you spend in their presence. But if you determine that confrontation is the best path forward, avoid being accusatory as you calmly explain how the behavior makes you feel.

The Conversation You’ve Been Avoiding Plan ahead to better communicate assertively when you have to have a difficult conversation.

We defined passive-aggressive behavior and described the six-step process of benign confrontation, a consistent verbal strategy used to bring about lasting changes in passive-aggressive behavior. Below, we share with you a real-life example of how one educator used benign confrontation to respectfully and directly address her student’s non-compliance.

Sarah is an intelligent 12-year-old who attends an alternative school. She is described as “delightful” whenever she feels in control of an activity. When she feels she does not have control over a situation, however, her behaviors become manipulative and passive-aggressive.

In this situation, Sarah was involved in a writing lesson. She was asked by her teacher to stop her activity and put the cards from her writing lesson in a box so they could begin her math lesson. The box was right in front of Sarah. Sarah didn’t respond to the teacher’s ﬁrst directive, so the teacher asked again. Sarah didn’t respond to the second, third, or fourth requests, either. Each time the teacher spoke the request, her voice rose by a few decibels. By the ﬁfth request, the teacher was aware that Sarah heard her but was being silently oppositional. The teacher simultaneously gave herself this message: “This is a reasonable request and this student is not going to ‘win.’ There’s no way I’m going to back down. She will put the cards in the box!” Judging by Sarah’s quiet defiance and the teacher’s rising anger, it’s easy to tell that the passive-aggressive conﬂict cycle was already in full swing.

Finally, the teacher lost her cool. She stood up and yelled out, “I am tired of your attitude, Sarah. You think the rules don’t apply to you and that you can do whatever you want in here. But you’re wrong. I’m in charge of this room and you’ll do what I tell you to do. Put the cards away, right now, or else you will spend your entire lunch period doing it and I will be calling your parents.” The other students turned around in shock, trying to figure out why their teacher was so red in the face and harsh with Sarah. Sarah, playing up the role of victim, responded innocently, “Geez, OK. I’m doing it. I was just trying to finish my writing like you wanted me to. I didn’t know you would get so mad all of a sudden.”

The teacher felt ashamed of her outburst.

The following section describes a step-by-step framework for how the teacher could have avoided this counter-passive aggressive outburst, using the six steps of benign confrontation:

Step 1: Recognize the Warning Signs of Passive-Aggressive Behavior. In this ﬁrst step, the teacher should recognize Sarah’s silent opposition as passive-aggressive behavior. A red flag should go up in her head. Her priority should be to keep her emotions in check while engaging the rational part of her brain. As such, she should tell herself that her student can clearly hear the directions she is being given, but is making a conscious choice not to follow them.

Step 2: Refuse to Engage in the Passive-Aggressive Conflict Cycle. Continuing to mindfully control her mounting anger toward her student, the teacher must make a conscious choice not to mirror Sarah’s hostility or engage in back and forth conflict. The teacher must, instead, back out of the conflict by identifying Sarah’s hidden anger.

Step 3: Affirm the Anger. In Step 3, the teacher should share with Sarah her thoughts about the student’s underlying anger. The teacher should say calmly, “Sarah, let’s stop. I have a thought I want to share with you. I asked you to put away the cards, and you pretended not to hear me. I know I speak clearly, and other students can hear me easily. What I have to ﬁgure out is why, at this particular time, you are choosing not to hear me and follow my reasonable request.”

If Sarah does not respond, the teacher should continue, “My guess is that a part of you may be upset with me. You probably would prefer to continue to write than to do math right now. If so, let’s talk about your feelings instead of pretending you don’t hear me.

Sarah, the difﬁculty we are having right now is not about the cards. We can forget about the cards for now. What is happening between us right now is important. I think I see a pattern of behavior you use when you are angry. Perhaps, when I ask you to do something you don’t want to do, you act as if you don’t hear me. Sarah, you are a smart student. What do you think about this situation?”

Overcoming Passive-Aggression, Revised Edition: How to Stop Hidden Anger from Spoiling Your Relationships, Career, and Happiness

Step 4: Manage the Denial. After this step of the benign confrontation, which exposes Sarah’s hidden anger, Sarah’s ﬁrst response is likely to be either to refuse to talk or to deny it. At this time, the teacher should back off and not persist. The scenario would likely play out in the following way.

Teacher: It is difﬁcult to talk about personal issues, but I want you to think about it.

Sarah: There is no problem here. I don’t know what you’re talking about. I’m not the one who is angry.

Teacher: I’m glad you believe this is not a problem. In other words, if I ask you to do something like put the cards away, you will be willing to do it?

The teacher would choose to ignore this snarky and disrespectful final comment from Sarah, knowing that it was spoken with the passive-aggressive intent to elicit another angry reaction. The self-aware teacher knows that the best way to change Sarah’s behavior is to maintain control of her own responses, thus proving to Sarah that her passive-aggressive efforts are ineffective. Adults who get caught up in the moment, thinking they need to “show that kid who is in control” by responding punitively to side comments such as Sarah’s, have usually already been ensnared in a conflict cycle.

To keep the conversation on track, the teacher should repeat the direction to Sarah to put the cards in the box. A new level of insight will have developed between Sarah and her teacher. This process of benign confrontation will change the way Sarah and her teacher think about each other in the future. Sarah’s passive-aggressive behavior is no longer a secret and effective technique of getting back at the adults in her life.

Step 5: Revisit the Thought. Each time the teacher identiﬁes a clear example of Sarah’s passive-aggressive behavior, she should use benign confrontation to identify Sarah’s underlying anger. The day after the cards-in-the-box-incident, Sarah nods her head at the teacher that she will clean up her art supplies, but she continues to paint long after the request is made. The teacher should re-visit the thought from the previous day by saying the following:

“Sarah, I have a thought about what is happening here right now. Remember yesterday when I shared that I thought you were angry over our writing lesson ending and having to begin math? Your not cleaning up your paint today reminds me of yesterday’s situation, and I am wondering if this is your way of letting me know that you are angry again. What do you think?”

Step 6: Identify Areas of Competence. Though the moments immediately following a benign confrontation should be reserved for some calculated, intentional silence in which the passive-aggressive person is left to consider the thoughts shared by the adult, there should be a follow-up time in which the adult works to build the relationship with Sarah. By identifying genuine areas of competence in Sarah, the teacher will show that although the passive-aggressive behavior is not functional in the relationship, the relationship itself is worthwhile.

In this scenario, because the teacher is aware that Sarah is “delightful” when she is in control of a situation, it might be to her advantage to give Sarah control over speciﬁc tasks in the classroom. The more Sarah can feel powerful in constructive ways, the less she may need to control through destructive passive aggression . The following are examples of areas of competence for Sarah:

The speciﬁc competency area is not as important as the sheer act of reaching out to Sarah as a means of shrinking her hostility and increasing her motivation to relate on a new, more emotionally honest level.

Please share your suggestions in the comments below. Also if you enjoyed the article please don’t forget to share it with your friends and family.