The Inspiring Story of An Old Watch and Self-Worth

By inspirelife:Attitude Is Everything on 2nd Aug 2020 • ( Leave a comment )
Advertisements 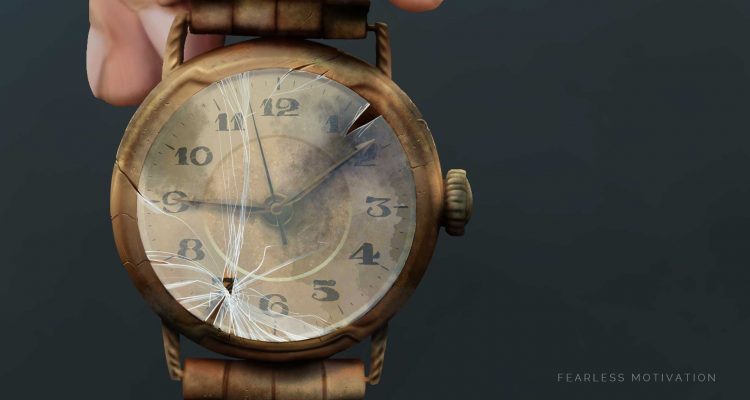 The Inspiring Story of An Old Watch and Self-Worth

I want to share a very important story with you today. It’s a story I think everyone should hear.

Before he died, a father said to his son;

“Here is a watch your grandfather gave me… It is almost 200 years old. Before I give it to you, go to the jewellery store in the city. Tell them that I want to sell it, and see how much they offer you.”

The son went to the jewelry store, came back to his father, and said; “They offered $100 because it is so old.”

The son went to the pawnshop, came back to his father, and said; “The pawnshop offered only $20 because it has a scratch”

The father asked his son to go to the museum and show them the watch.

The son quietly questioned his father’s judgement, but still, willing to act on his last wishes he went to the museum, when he came back he said to his father; “The curator offered $375,000 for this very rare piece to be included in their precious antique collection.”

“I wanted to show you that the right place will value you in the right way. Don’t find yourself in the wrong place and get angry because you are not valued. Never stay in a place where someone doesn’t see your value or you don’t feel appreciated.”

If you don’t know your value, you will always settle for far less than you deserve.

People who don’t know their value settle for less than they are worth. In relationships. When it comes to their profession… or their job… or their friendships… They know they are worth more, but they settle for someone else’s definition of their worth.

YOU HAVE TO KNOW YOUR WORTH!

MOST people will allow just about anyone to influence their perception of themselves… But people who love their life refuse to accept the opinions of small minded people.

They refuse to be put in a BOX. They will not be defined by anyone but themselves.   They know their value is set by themselves, by their own thoughts about who they are, NOT someone else’s opinion of what they are worth.

Don’t let them put a price on you! You set your own price! And don’t go giving discounts to other people so you can fit in or be liked… People pleasers never end up happy in the end. Put yourself FIRST.

You must build your self-worth by the WORK you do every day… on yourself.  You build it by the way that you show up EVERY SINGLE DAY.

Day in, day out, no excuses, no shortcuts, just a relentless dedication to be the best that they can be.

If you have someone in your life that tries to diminish your abilities in ANY WAY… The time has come to move those people along.

It’s time to awaken that part of you that DEMANDS MORE FOR YOUR LIFE.

Because ONLY YOU KNOW what you are truly capable of.

It’s time to wake up and SHOCK THE WORLD!

Shock those that doubted you with a disturbing level of determination.

Shock those that doubted you with a commitment to excellence that cannot be matched by those of weak heart.

Shock those that doubted you with the actions you take today as you draw a line in the sand and commit to becoming the person NO ONE thought you could be.

Because ONLY YOU KNOW what you are TRULY capable of.

In this world you only have to earn the respect of one person… that person is YOU.

You determine the level you demand of yourself.

It’s time to prove once and for all, WHO. YOU ARE.

WHO you will become!

And what you will never settle for again.

Raise your standards. RISE UP to a higher level… and let NO ONE question YOUR INTEGRITY again.

DAY BY DAY. BRICK BY BRICK. You start NOW. You build the foundations through the SELF-WORK you put in every, single, day. Build yourself up, to become an unbreakable force… an unstoppable machine

Fueled by the results you get, from the work you put in today, and every day… from this day until your last.

Through YOUR self-work, YOUR self-education and YOUR self-determination of YOUR OWN destiny.

The destiny that is in YOUR HANDS.

YOUR PRIDE GROWS STRONGER EVERY DAY from the work YOU put in!

You know what you have to do!

The time for change IS NOW!

TODAY is the day.
When it comes to your own SELF-WORTH…

THERE IS NO TOMORROW.

Know your worth… and NEVER, EVER settle for anything less..Never stay in a place where someone doesn’t see your value or you don’t feel appreciated.

CHANGE YOUR LIFE: End Your Struggle & Create an Extraordinary Life in 10 Days