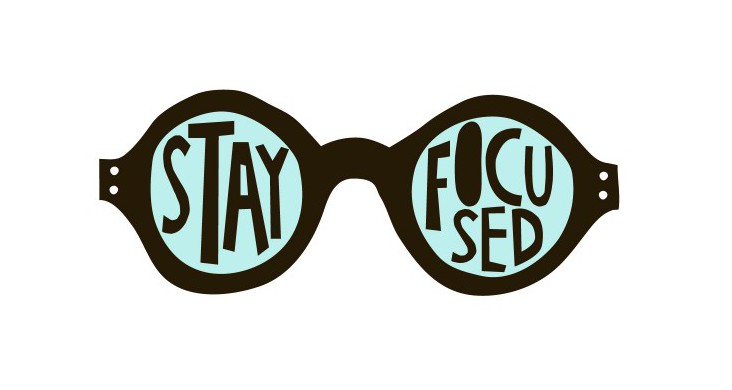 7 Ways to Improve Focus And Memory (Backed By Science)

By inspirelife:Attitude Is Everything on 1st Sep 2020 • ( Leave a comment )

You know that feeling when you’re wide awake, but your brain isn’t? You want better focus and memory, but you just can’t seem to get there.

I call it “brain fog”—an annoying mental haze that results in difficulty focusing, trouble retaining information, and, as a result, compromised effectiveness.

For some reason, the fog always seems to sneak up on me when I need my brain power the most, like before an important presentation or on the day before a major project is due. However, with the right tools, I usually find my way back to better focus and memory in the nick of time.

Like the dense clouds that hover over city streets, brain fog can feel impossible to cut through.

Fortunately, the human brain is resilient. With a little training and redirection, it’s possible to reclaim your mind from the fog and all the frustration (and lost time) that comes with it.

Struggling to stay on task or retain information? Try these 7 science-backed methods for better focus and memory

The 7 Minute Solution: Time Strategies to Prioritize, Organize & Simplify Your Life at Work & at Home

1. Do a Short, Strenuous Workout

I had slept for a full eight hours and eaten a nutritious breakfast. I had even had an extra cup of coffee that morning. But none of it was enough to wake up my brain. (Of course, I also happened to be on an important deadline.) So, I did the last thing I could think of: I shut my laptop and hit the gym.

There’s plenty of well-known evidence that physical activity can positively impact brain health, including a person’s memory. While many of exercise’s health benefits occur with regular, long-term activity, a single bout of exercise can also pack a significant, immediate, punch.

To improve your memory with exercise, think short bouts and high exertion. The more strenuous the workout, the better the brain boost. In a recent study, researchers found a group of people who rode on a stationary bike for 20 minutes had an improved ability to remember faces.

Rather than taking a long, leisurely walk on your lunch break, try running up and down the stairs a few times, or find a place to do some jumping jacks for a few minutes. You’ll not only jump start your energy and sharpen your focus, but you’ll improve your memory in the process.

2. Exercise After You Learn

If you’re starting a new job, learning a new skill, or just attending an important meeting, do yourself a favor and plan your workout for four hours afterward. Along with boosting your focus, a bit of high-intensity movement can also be a simple way to retain recently learned knowledge—but only if you exercise at the right time.

In their research, scientists had participants learn a set of picture-location associations. One group rode a stationary bike at high intensity right after learning, another group did the exercise four hours later, and the final group didn’t do any physical activity.

Using an MRI, researchers found the individuals who exercised four hours after learning retained the most information compared to the other learners.

There’s a time and a place for a break to re-calibrate your brain, but these breaks should be intentional. Constant interruptions won’t do you any favors, except for interrupting your workflow, and they certainly won’t lead to better focus and memory.

What’s Your Style of Learning?

I find I’m most productive and focused when I don’t give myself the opportunity to mentally switch gears. That means I keep distractions to a minimum the best I can.

When I want to achieve a state of “flow,” I put my phone on airplane mode so I don’t receive notifications that will veer me off track. I also eliminate unnecessary distractions by keeping my desk and office space clear of clutter when possible, and closing all other tabs on my internet browser.

Since the brain isn’t hard-wired to multi-task, I also try not to listen to podcasts or distracting music, which compete for my attention. Instead, I opt for classical music, which has been thought to improve focus by enhancing brain activity.

When it comes to better focus and memory, a little fresh air and beautiful scenery can go a long way. Even if you simply sit outside for your lunch break, you’re giving your brain more oxygen, which can boost your energy levels and improve overall brain function.

Spending  longer chunks of time in nature can have profound, immediate effects on the mind. One study found memory performance and attention spans improved by 20 percent in people who spent just one hour in nature.

Don’t let the cloudy or cold weather keep you from the outdoors; researchers found the same effects across the board. Surprisingly, even simply viewing nature photos had a similar effect on people.

If you absolutely can’t venture outside, temporarily move your workstation to an area with plants (or go out and buy a potted plant or some fresh stems for your home office). One study found that adding live plants to an office increased employee productivity by 15 percent and improved workers’ concentration.

Having a hard time focusing or remembering important details? Train your brain and body to stay in the present by practicing mindful meditation, which can also benefit your mental and physical health.

Scientific evidence shows meditating can actually change your brain structure, leading to a sharper short-term memory and an improved ability to learn

Meditation can also help the brain with emotional regulation and sustained attention.

Luckily, you don’t have to be a pro to reap the benefits of meditation. One of my favorite ways to meditate is simply sitting with my eyes closed for five minutes and taking deep breaths from my belly, in through the nose and out through the mouth.

Whenever I get distracted by an outside noise—or more likely, if my brain wanders to whatever I have coming up later on that day—I try to shift my focus back to my breathing. Those ten minutes make a huge difference in both my focus and my overall mood.

Fortunately for me, there’s actual scientific evidence behind my favorite afternoon pick-me-up habit: a hot cup of coffee. Can’t get out for a quick bout of exercise? Simply walk to your favorite coffee shop (or your kitchen), instead.

By getting up or going out for a drink, you’ll not only glean the benefits of some exercise and a much-needed break, but the process of sipping your drink, you’ll become more productive. A 2016 study found a caffeine jolt (as low as 40 mg, which is around four ounces of regular coffee) can improve alertness, attention span, and reaction time.

A bit of caffeine can even help with vigilance, or the ability to sustain performance on boring tasks.

Training your mind to remain in the present can lead to better focus and memory. However, zoning out or doing something else completely, as counter-intuitive as it may seem, has a similar effect on the mind.

Here’s why losing focus is more productive than you think: when you’re concentrated on something, your frontal cortex is busy resisting distractions. If you stay concentrated for too long, your ability to resist distractions will become fatigued, and that Netflix show or your Instagram feed will become all the more appealing[9]

Let your mind take a break from the task at hand if you’re losing steam. Instead of forcing yourself to focus, daydream, solve another problem, or engage in an engrossing, hands-on activity, like washing the dishes.

Sure, it may feel counterproductive to take your mind (and hands) off the project you’re trying to focus on, but you’ll probably come back to the task with a refreshed mind—and maybe, if you’re lucky, a kitchen full of clean dishes.

Tagged as: 7 Ways to Improve Focus And Memory (Backed By Science), focus, MEMORY