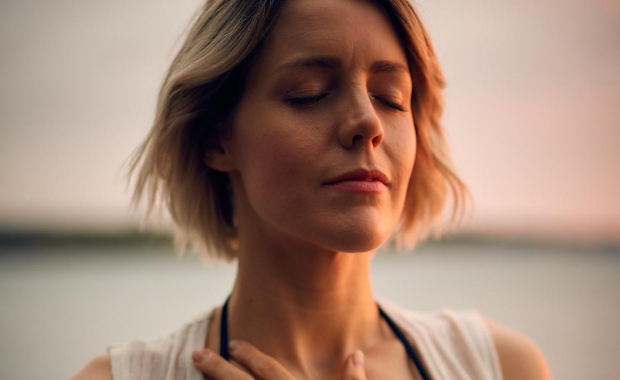 5 Ways to Cultivate a Growth Mindset for Self Improvement

By inspirelife:Attitude Is Everything on 4th Sep 2020 • ( Leave a comment )
Advertisements

Think about a self-improvement goal you have, like becoming a better public speaker, earning a promotion at work, or losing weight. Be honest: What’s been stopping you from achieving, or even making progress, toward your goal?

I’m a naturally shy person — speaking in front of people makes me nervous. I’m not a good writer, so I’ll never get promoted. I have a slow metabolism, and I’m not an athletic person — losing weight is impossible! If so, then what may be holding you back is a “fixed mindset”.

Essentially, it’s the (erroneous) belief that your abilities are more or less finite and what happens to you, good and bad, is largely due to forces beyond your control, such as natural born talent and luck.

The Growth Mindset: a Guide to Professional and Personal Growth: (a personal and career coaching guide) (The Art of Growth Book 9)

For example: The only reason my presentation went well was that Sally was feeling sick, so this time she didn’t outshine me. Or: I can’t do yoga; I have always been really inflexible.

As Dweck argues, a fixed mindset is what stops many of us from trying to improve in certain areas where we think we’ve hit our ceiling. In truth, of course, we’re all capable of reaching new heights. It’s just a matter of shifting from a fixed mindset to what Dweck calls a “growth mindset,” a belief that we actually are in control of what we achieve.

Yes, we all have inherent limitations; no matter how hard you try, you may never play tennis like Serena Williams. But, there’s a giant territory between being better than you are now and being the best in the world.

If you have a growth mindset, you think:

You’ll take on self-improvement projects and you’ll persevere through challenges because, deep down, you know you can succeed.

If you think you’ve been holding yourself back with a fixed mindset, how do you go about shifting to a growth mindset? Here are 5 ways:

Can’t even run around the block? Find a running coach experienced with beginners and have her create a training plan for you that includes running with other novices. You’ll be amazed at how far you’re running in just a couple weeks.

Hopeless in the kitchen? Take a cooking class, and learn to make two new dishes. With expert guidance, accountability, and social support, you’ll soon have the confidence to step out of your comfort zone.

Once you get a taste of accomplishment, you’ll be ready for the next challenge.

If you’re not able to recognize your own ability to improve, look to family members or friends for evidence that effort and perseverance pays off. Maybe a friend set out to learn Spanish and became fluent.

If you instinctively think, “She’s obviously good with languages,” reframe your thinking. Are you really going to take that accomplishment away from your friend? More likely, she studied hard and practiced often.

3. Praise for Effort, Not Skill

When you get in the habit of recognizing effort in others, you’ll start to change the way you think about your own abilities. Instead of telling a friend, “You’re such a good cook!” say, “I love how you’re always collecting recipes and trying such interesting dishes.” Rather than telling your child, “You’re so smart” when they ace a math test, say “You studied hard for that and deserved a good grade.”

Acknowledging effort over talent is a subtle but important change to make when working to adopt a growth mindset.

Yes, caring how we rank is human nature, but caring too much is counterproductive and fuels a fixed mindset.

Are you moving forward and making progress in the areas that you care about? If so, that’s all that matters.

When you have a fixed mindset, the voice in your head says, I didn’t make the sale because I’m terrible at closing.

Challenge this mindset. Could it be that you didn’t prepare enough to answer all the clients’ questions? What could you have done differently to change the outcome? If you think about it hard enough, you’ll probably come up with lessons to apply to your next sales opportunity.

Tagged as: 5 Ways to Cultivate a Growth Mindset for Self Improvement, GROWTH MINDSET