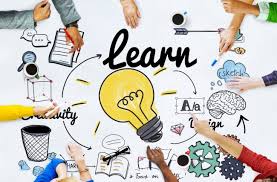 How to Use Spaced Repetition to Remember What You’ve Learned

By inspirelife:Attitude Is Everything on 8th Sep 2020 • ( Leave a comment )

While learning is a simple concept on the surface, there is so much that the average person doesn’t know about the topic. For one, did you know that everything that we learned in school is taught to us ineffectively?

While it’s a rather unusual reveal of information, that question will start to make sense when you apply a special learning technique. It’s not something that’s taught in schools, but if it was, we’d have brighter folks. Not to mention people able to retain information better.

It is one of the many keys to retaining information, but also to help with learning as we grow older. Today, I’ll be taking a closer look at this technique, showing how it works, and how you too can benefit from this technique.

What Is Spaced Repetition?

Before learning about spaced repetition, it’s key to understand how our brains work.

In order for us to retain any information in our brain, we have to refresh it periodically. For example, let’s say you hear that “Ottawa is the capital of Canada.” If you’re not using that information at all, you will likely forget about it after finishing reading this article or sometime later.

However, if you continue to “learn” that Ottawa is the capital of Canada through text or you explaining this, you’ll better retain this information.

The more often you encounter certain bits of info, the less often you’ll need to refresh your memory of it.

What makes our brains so interesting though is that, even long-held pieces of information can be forgotten. Even the most familiar pieces of info can be forgotten if we don’t run into it enough. For example, people moving to another country can forget or have difficulty speaking their own native language if they’re not exposed to enough of it in this new country.

With that understanding, spaced repetition is based entirely on these principals. It’s the idea of reviewing information at gradually increasing intervals.

Of course, this technique is effective and well worth your time. To argue this, let’s go back to what I mentioned earlier about school. It’s a fact that learning in school is ineffective compared to this technique.

Aside from the fact most of us probably don’t remember anything we learned in high school at this point, even younger generations will have a tougher time retaining that knowledge.

There are two key factors to not only learning but retaining information:

Going back to school learning, we have to retain a lot of information revolving around the various topics we were taught. So the amount of info is considerable.

But it starts to fall short when you consider the second factor. After all, we only have to retain that information for both the test and the exams we take at the end.

Because of this, it’s fair to say that school teaches us to learn in order to pass a test. We’re not learning for the sake of learning and growing ourselves.

Compared to spaced repetition, we see this method shining and working wonders for us. While the information could be small or vast, the effects can be transformative.

In Gabriel Wyner’s book Fluent Forever : How to Learn Any Language and Never Forget It, spaced repetition is the go-to method:

Spaced repetition…[is] extraordinarily efficient. In a four-month period, practising for 30 minutes a day, you can expect to learn and retain 3600 flashcards with 90 to 95 percent accuracy. These flashcards can teach you an alphabet, vocabulary, grammar, and even pronunciation. And they can do it without becoming tedious because they’re always challenging enough to remain interesting and fun.

Our memory is simultaneously magnificent and pathetic. It is capable of incredible feats, yet it never works quite like we wish it would. Ideally, we would be able to remember everything instantly, but we are not computers. We hack our memory with tools like memory palaces, but such techniques required effort and dedication. Most of us give up, and outsource our memory to smartphones, cloud enabled computers, or plain old pen and paper. There is a compromise…a learning technique called spaced repetition which efficiently organizes information or memorization and retention can be used to achieve near perfect recall.

How Often Should You Use Spaced Repetition?

By this point, we know fully that frequency matters a lot. But it’s worth looking at the degree and how frequent we are being with information. For one, you might be thinking that cramming might be a good idea, but that’s not an effective method either.

Very great is the dependence of retention and reproduction upon the intensity of the attention and interest which were attached to the mental states the first time they were present. The burnt child shuns the fire, and the dog which has been beaten runs from the whip, after a single vivid experience. People in whom we are interested we may see daily and yet not be able to recall the colour of their hair or of their eyes…Our information comes almost exclusively from the observation of extreme and especially striking cases.

Why did he focus on that rather than a specific time? Well, because Ebbinghaus uncovered more than that fact. After all, he was the pioneer of this work. How he uncovered all of this was through self-experimentation.

Not only did his experiments uncover those factors I mentioned above, but also something called “the forgetting curve”. From Ebbinghaus’s research, he concluded that a certain quantity of information is stored in our subconscious minds. He referred to those memories as “savings.”

These are memories we can’t recall consciously, however, when exposed, these memories speed up our process of relearning. Think of a song that you haven’t heard in a decade or several years. You probably can’t recall the words right now, but if you heard the melody, the lyrics would come pouring in.

So getting back to our question, how often should we be using this technique? According to Ebbinghaus, it’s more on the quality of our recall rather than the frequency.

That being said, despite what Ebbinghaus stated, his work has been expanded on. For sure, his theories still stand, however, his work has inspired various spaced repetition schedules.

Unlike Ebbinghaus, these give specific times for when we should be repeating these processes, countering the forgetting curve Ebbinghaus created.

Out of the many schedules, the most popular and go to schedules are SuperMemo SM 2 (SM-2 for short) and Mnemosyne.

SM-2 is the original and the default spaced repetition schedule out there and for good reason. It was published by P.A. Wozniak in 1990 as a thesis. It was an algorithm that was born through trial and error that took several years to bring it to where it’s at today.

According to the publisher, the author memorized 10,255 items and then based on the algorithm repeated those items every day. The author spent 41 minutes each day memorizing and reciting those items. After the experiment was over, the overall retention was 92%.

Since then, many other schedules have come up but none could hit those expectations, making SM-2 the go-to. Mnemosyne is another popular one as it’s incredibly similar to SM-2. Out of them all, it’s the closest schedule to achieving the same results.

How to Use Spaced Repetition for Effective Learning

Having a schedule is one thing, but then it’s a matter of using it and retaining information. Also, if a schedule is too complicated for you, this 4-step method is easy to get into and should yield similar results.

1Within 20-24 hours of the initial intake of information, make sure the information is written down in notes and that you have reviewed them. During the reviewing session, you want to read them, but then look away and try to recall the most important points.

Remember, there is a difference between rereading and recalling so be certain you look away and pull from your memories.

2. Recall the Information for the First Time

After a day of your first review, try to recall the information without using any of your notes as much. Try recalling when you’re taking a walk or sitting down and relaxing.

You can also increase your efficiency by creating flashcards of the main ideas and quizzing yourself on the concepts.

After that, recall the material every 24-36 hours over the course of several days. They don’t have to be lengthy recalls. Try a recall session when you’re standing in an elevator or waiting in line.   You are still free to look at your notes or flashcards, but try recalling while working with those notes.

The idea with this step is to ask yourself questions and to quiz yourself in order to retain and recall this information.

4. Study It All Over Again

After several days have passed, take out your material and study it all over again. If this information is for a test, make sure that this is done within a week before the test. This allows your brain to reprocess concepts.

Even without a schedule, spaced repetition feels natural and is a better way to learn than traditional methods. It expands on memory retention strategies like memory palaces too.

Not only that, but this technique can apply to all manner of things in life. Thanks to using flashcards and other methods, you can learn new languages, properly prepare for tests, and more.

Tagged as: How to Use Spaced Repetition to Remember What You’ve Learned