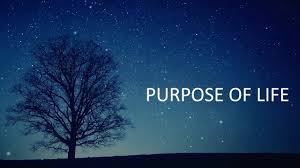 THE PURPOSE OF LIFE-Small Stories

By inspirelife:Attitude Is Everything on 17th Sep 2020 • ( 2 Comments )
Advertisements

In ancient times, he was a wise man. He was the head of the local area administration. Everyone respected him and his ideas and opinions were well taken. Many people come to him for advice.
His son, however, was very lazy and wasted his time sleeping and spending time with his friends. No advice or threat made any difference to him. He would not change at all.
The years passed, and in time the young man’s wise man died. As she grew older, she began to worry about her son’s future. She saw the need to give something to her son so that he could take care of himself and his family.

One day, she called her son to her room and said: “My son, you are not a baby anymore. You have to learn to take responsibility and understand life. ”
“I want you to find the real purpose of your life and when you do find it always remember it and you will live a life full of joy and happiness.”

After that she gave her son a bag. When the son opened the bag, he was surprised to see 4 clothes, one for each season. There was also raw food, cereals, dal, small coins and a map. His father continued: “I want you to be rich. I have drawn a map of the area where the treasure is hidden, you will have to go and find it. ”

The son liked the idea. The next day, she eagerly set out on a quest for riches. He had to travel great distances across borders, forests, plains, and mountains.

Finally, after a long year, he arrived at his destination. It was going. The map shows that the treasure is placed under a cliff under a tree. When he saw the tree, he began to dig in the ground. He searched and searched, but under no circumstances did he find anything. He spent two days looking for and digging for the treasure. By the third day, he was so tired that he decided to leave.

Disappointed by his father’s lies, he returned home. On his return, he felt the same look with the seasons. This time, however, he stopped to enjoy the blossoming of spring flowers and birds in the sky. He would stay in one place to watch the sunset in paradise or to enjoy a pleasant summer evening.

Since her belongings had run out, she learned to hunt and prepare food for herself. She also learned to sew her own clothes and to take shelter. He was now able to find the hour of the day by the position of the sun and to plan his trip accordingly. He also learned how to protect himself from wild animals.

He met the same people who had helped him before. This time he stayed a few days with them and helped them in some way or another to pay them. He saw how they were kind to a passerby who had nothing to give them.

When he got home, he realized that he had left the area two years earlier. He went straight to his father’s room. “Father”, – He said

The father just stood up and hugged his son.

Memory Improvement: Techniques, Tricks & Exercises How to Train and Develop Your Brain in 30 Days

“Now how was your trip son, you found the treasure” he asked.

“This trip was a wonderful experience for my father. But forgive me because I could not find the treasure. Maybe someone took it before I arrived. ”She was amazed at what he had just said. He was not angry with his father. Instead, he was asking for forgiveness.

“There was no ‘any treasure in the beginning my son” – his father replied with a smile.

“But why did you send me to get it right away?” He asked.

“I’ll tell you why, but first tell me, how was your trip to that place? Did you enjoy it? ”

“Of course not! I had no time. I was worried that someone else would find the treasure before I found it. I was in a hurry to get to the cliff. “But I enjoyed the trip when I got home. I made many new friends and saw miracles every day. I learned so many skills and the art of survival. I learned a lot that made me forget the pain of not being able to get rich. ”

The father said to him, “Certainly my son. He wants you to lead your life with a goal. But if you stay focused on the goal, then you will lose the real treasure of life. The fact is, life has no meaning at all, other than hearing it and growing up with it every day. ”

Behavior: It is where we put life without trying to associate any purpose or great purpose where we find the treasure of real happiness in every moment.

Tagged as: THE PURPOSE OF LIFE