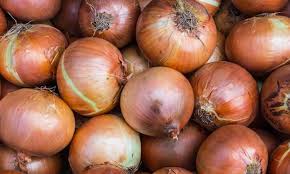 THE COUNTRY THAT HAD NO ONIONS-Small Stories

By inspirelife:Attitude Is Everything on 18th Nov 2020 • ( Leave a comment )
Advertisements

Once upon a time there was a young man who was looking for growth in his life. While exploring what business she would take to support her family, she met a man who was traveling a lot. The man told the young man the good news about his journey and then talked about a world without onions.
“No onions!” exclaimed the young man. In all his life, he had never heard of such a thing. “How can one enjoy the real pleasure of eating without onions?”

Without further ado, he bought onions, filled his carriage and prepared for his trip to this tropical world with no onions. A few days later he arrived in a small country of onions. He made his way to the palace where the guards were attracted enough by the strange goods that allowed him to meet the king.

“I have brought you a great gift from my country: this young man has proudly proclaimed. This plant is my traditional place but new to yours. It has a unique ability to enhance the taste of any food. It would be great if I could give you this beautiful plant that you can introduce to your people ”
The emperor was not at first aware of the situation, but in time he allowed the young man to prepare some delicacies prepared onion.

The young man used all his cooking skills to prepare a feast using onions. All ministers of state, high officials and officials were invited to the banquet that night. After the young man made his first taste, the party began. Everyone in the room began to eat.

It did not take long for the hall to collapse. The aroma and taste of the food were commended by all.

The king thanked the young man for the large quantity of onions and paid for his weight with gold.

On his way home, the young man met a merchant. He told his good story about the world. For hours on end that night, the young man recounted the splendor and majesty he had seen in that distant land, where gold was less expensive than onions. He also told the trader to learn that the country does not have garlic. The merchant was glad to hear that and thought that he could double the success of this young man by introducing garlic to the country. “Garlic tastes so good and smells good! If they offered gold and onions there, he would expect a diamond in garlic. ”, He thought.

A budding trader carrying large bags of garlic took a trip to a country without garlic, with a treasure he was sure he would find with pleasure in his mind. The royal guards escorted the man with the new medicine to the king.

The king asked her to prepare a feast using garlic. The merchant was overjoyed and made several delicious dishes out of garlic. As they expected the garlic to receive more praise than the onions. The Emperor talked to his ministers at length about the reward of their distinguished guest who introduced them to the garlic. After the discussion, they all agreed that gold was not enough for such a delicious meal. So they decided to reward him with the most valuable asset they could ever offer. What could be more precious than gold? Onions!

That night the merchant returned home with bags full of onions.