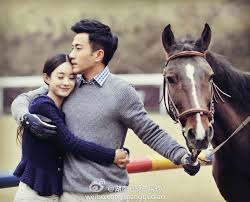 By inspirelife:Attitude Is Everything on 18th Nov 2020 • ( Leave a comment )
Advertisements

A happy couple in their sixties shared this with each other. They did not keep a secret from each other except for one. The woman kept a shoe box in her closet and told her husband never to open it.
They had not talked about it for years but the husbands sometimes wondered what was inside the box. One day the woman became very sick and gave up hope of recovery. The woman no longer wanted to keep anything secret from her husband and asked her husband to take the box out of her closet.
When the husband brought the box, he asked her to open it. The husband opened the box and found two identified dolls and a large sum of money worth $ 95,000. The husband was curious about the contents of the box and asked him about it.

He said, “At the time we were going to get married. My grandmother told me that the secret to a happy marriage is to avoid conflicts. And if I ever get mad at you I have to keep quiet and just pay for the doll. ”

The old man was relieved and happy to see that there were only two box dolls in the box. Two crochet dolls claimed that his wife had been angry twice during her entire married life.

Then she said, “Honey, that means dolls but what about all the money in the box? Where did it come from?

“Oh,” he smiled and said, “That’s the money I made by selling all the other dolls.”