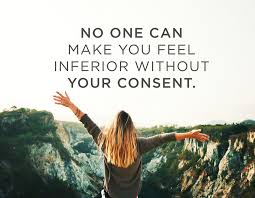 By inspirelife:Attitude Is Everything on 24th Nov 2020 • ( Leave a comment )
Advertisements

The speaker began his meeting by showing the public $ 20. He asked people “who wants this?” No wonder they all raised their hands. He said he would give one of them money but insisted he would do something about it.

He scooped up the paper money and showed it to the crowd and repeated the question. Still, everyone raised their hands. He then put the money down and trampled on it and raised it and gave it to the community.

People gathered there are still showing interest in taking the money even though they see how dirty the note is. Tell the community ”No matter what I did with the money, you all still wanted this thing.

You all complied with my request just because the amount of money did not go down even though I did everything. Likewise, make yourself available in spite of adversity or failure ”

MORAL: Believe in yourself and work hard to achieve success. Rejoice in not caring about failures or obstacles and do not degrade yourself just because of temporary obstacles.