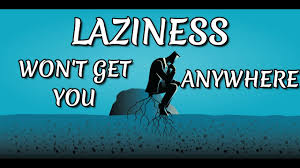 Laziness will not get you anywhere-Small Story

By inspirelife:Attitude Is Everything on 25th Nov 2020 • ( Leave a comment )
Advertisements

“In ancient times, it was the custom for a man to erect a monument to himself. Then he hid in the trees, looking for someone to remove the stone from the road. Some of the rich merchants of the king and the nobles of the court passed by and just circled around.

Many people blame the King for not keeping the roads outside, but none of them do anything about the removal of the stone.

The 5 AM Club: Own Your Morning, Elevate Your Life

One day a farmer came carrying some vegetables. As he approached the rock, the farmer put down his bag and tried to remove the stone from the road. After much pressure and sorting, he finally succeeded.

After the farmer went back to get his vegetables, he saw a bag left on the road where there was a stone. The bag contained a large amount of gold coins and letters from the Lord stating that the gold was for a man who had removed a street stone. ”