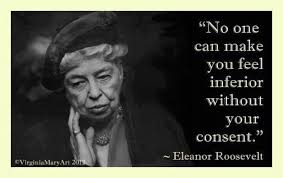 Story: No one can harm you without your permission

By inspirelife:Attitude Is Everything on 11th Jan 2021 • ( Leave a comment )
Advertisements

On his first day in office, when President Abraham Lincoln came to deliver his first speech, one man stood up. He was a rich ruler. He said, “Mr. Lincoln, you must not forget that your father used to make shoes for my family.” The whole Senate laughed; they thought they had made a fool of Lincoln.

But some people are made in a completely different way. Lincoln looked the man straight in the eye and said, “Sir, I know my father used to make shoes for your family, and there will be many others here, because you make shoes the way someone else can.

He was the creator. His shoes were not just shoes; he poured out his soul to them. I want to ask you, do you have a complaint? Because I can make my own shoes. If you have a complaint I can make you some shoes. But as far as I know, no one ever complained about my dad’s shoes. He was a genius, a great creator and I am proud of my father “.

The whole Senate was struck dumb. They could not understand what kind of man Abraham Lincoln was. He was so proud because his father did his job so well that not a single complaint was heard.

Remember: “No one can harm you without your permission. Nothing that happens to us hurts us. Our response hurts us.”