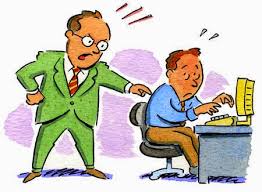 By inspirelife:Attitude Is Everything on 12th Jan 2021 • ( Leave a comment )
Advertisements

Properly speaking, Criticism is the act of analyzing a person or thing (such as an article, video, book, product service etc.) with the intention of improving the staff, product or services. In everyday life, however, you will encounter many people who are critical of you. For example they do this to insult, discourage and put others down. So it is often used in a negative sense even though criticism does not mean finding fault. In this article I will give my comment in two paragraphs. First, when criticized and secondly when criticized:

1- If you are criticized:
a) Take the good. There is a chance that your good judgment will draw your attention to something when there is a great need to improve. If so, thank the person who helped you point out the feature of improvement and move on to corrective actions.
b. Analyze carefully. If needed, seek advice from a friend or coworker about this negative feedback. If the answer is intended to be a positive one, consider 1 point one by one so as not to disturb your peace of mind.

2- If you suspect someone / something:
a) Always remember that negative criticism leads to negative energy production so try to criticize a good and encouraging manager. Do not be a ‘full stop’ of someone else’s creation.
b) Whenever you are about to criticize; ask yourself if your goal is to help someone or to spread disregard that will lead to the creation of certain creative skills.
c) If you want to criticize someone, do it in a positive way. Try to give your comments in multiple groups so that someone can understand your answer and easily break it down so that they can turn your suggestions into corrective actions.
d) Remember that the act of complaining takes criticism to the next level which is very harmful and dangerous. So try to stay within the limits of criticism instead of complaints.

Having said that, there are people with bad mouths who are often criticized, regardless of their mental perception of things. Beware of them. They not only pollute themselves but also the environment and ultimately affect you, your product, your skills and / or your services. They spread apathy.
To close my story with the famous saying “Instead of criticizing others, be the change you want to see in the world”