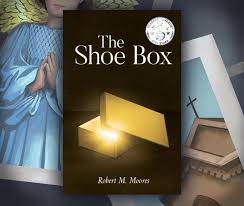 By inspirelife:Attitude Is Everything on 11th Feb 2021 • ( Leave a comment )
Advertisements

The man and woman had been married for over 60 years. They shared everything. They had talked about everything. They did not hide anything from each other except that the young woman had a shoe box on top of her cupboard which she had warned her husband never to open or ask about it.

All these years, she had never thought about the box, but one day the old woman became very ill and the doctor said she would never recover. Trying to straighten things out, the young man lowered his shoe box onto his wife’s bed. He admitted it was time for him to find out what was in the box. When he opened it, he found two born dolls and a large sum of money worth $ 95,000.
He asked her about the content.

He said: “When we were about to get married, my grandmother told me that the secret to a happy marriage was that we would never argue. You told me that if I ever got mad at you, I should just keep quiet and weave a doll. ‘

The young man was deeply moved; he had to fight with tears. There were only two Precious dolls in the box. He had been angry with her only twice during those years of life and love. He almost exploded with Joy.